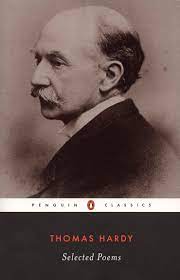 Experiments in translation: Hardy, Montale & me

Experiments in translation: Montale translates Hardy, and I translate Montale’s translation of Hardy.

I love Montale as a poet; I think I love him a little less as a translator (but isn’t that, as Levi* states, a common occurence?). In this section called experiments in translation, I will try to translate Montale’s translation of Hardy’s poem back into English. I will then compare it to the original. It’s a little experiment that helps me understand Montale and the translation process in general.

I have translated poems by Montale here on the blog; I have read hundreds of poems by Montale (some over and over again); I have not read many of his translations* from English because I understand the original. My first impression of this poem by Hardy in Montale’s translation was a negative one: I read it and was confused, so I immediately searched out the original. This translation lacks, in my view, the music of Montale’s own poetry and the music of Hardy’s. How is this even possible, I wondered; and yet, this feeling was strengthened after endeavoring to translate it.

Repetition creates a pattern through rhythm; and it is a crucial element in poetry. Hardy used it throughout the poem, why didn’t Montale do the same when translating it? I believe it was for the fact that he himself was a poet; his variations in the last two verses of the three stanzas, not only ignored Hardy’s poetic choice, but imposed his own. Unlike many differences found in translated poetry, we are not dealing with an inability to recreate repetition (one of the easiest elements to translate when it regards whole verses) but, rather, the decision to ignore it, to impose one’s style on another’s poetry (for this is and will always be Hardy’s poem and never Montale’s).

Together with this, I found the introduction of some words and explanations unnecessary: why should the bench in the title be called old? Why should those now departed be “fatti d’aria”? This sort of ‘explaining’ that often occurs in translated poetry is something I truly don’t understand. Should we, as translators, also be teachers who help the readers understand by adding or paraphrasing? Shouldn’t something enigmatic or unspoken remain so in translation? I believe it should: my favourite part of reading poetry is trying to understand what the poet means and wants to convey: why would I want to read the translator’s understanding (whether correct or not) of it? Isn’t poetry a place where someone can get lost in a maze of sounds and music from which only they can find the exit (should they want to exit it)? I believe it is.

So I have experimented and this is the result!