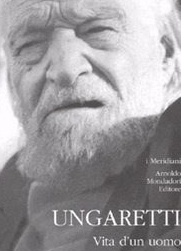 In this poem the poet, Giuseppe Ungaretti, expresses the pain and suffering he feels for the loss of his companions in battle (WWI), and the desolation for the ruin all around him. Every absence, every void caused by the war, the battles, and death is a scar on his heart.

He compared life to the land around him, and the ruins lie in his heart.

I would like to dedicate the poem to the people who have lost their lives this week in  Italy in a battle they did not know they were fighting against nature. It is not war, not the foreigner, not the migrant – but the land, the territory we have abused, and continue to abuse – that has become our greatest enemy.  – M.C.

One thought on “San Martino del Carza by Giuseppe Ungaretti”