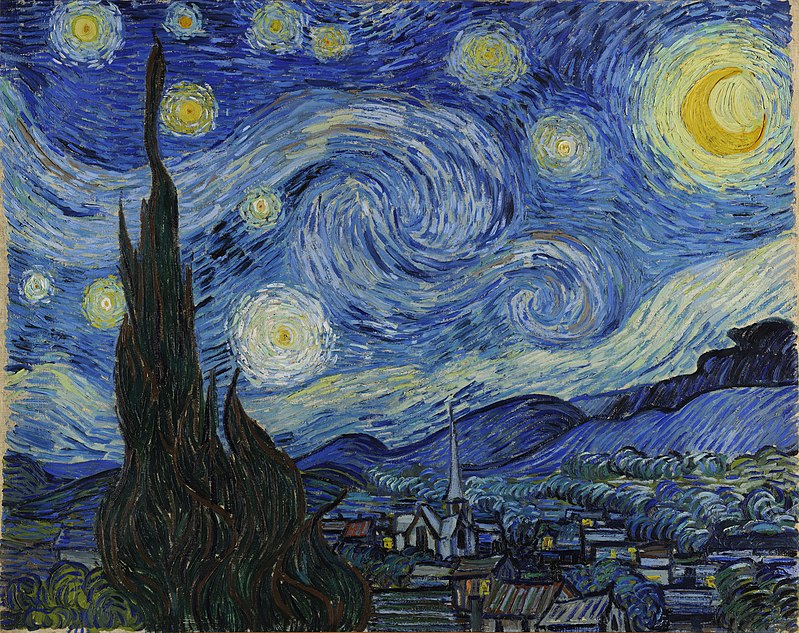 This poem by Giuseppe Ungaretti is part of the section entitled Sogni e accordi [Dreams and accords] which contains brief, but highly thematic poems.

The poem is hermetic, offering very few elements – only three, in fact – with which to decipher it:

– light: twinkle, shimmering;
– nature: stars, leaves, wind, gust;
– the alternating phases of high and low: The first verse presents an ascent (back to the blue); the second verse presents a decline (fall with the first gust); and again an ascent (shimmering once again).

By alternating hope and despair, light and dark, the poet provides a key to the collection, which called  Sentimento del tempo [A sense of time].

Fables, which recall the innocence of children, like stars, light our paths even at the time of death (the leaves that fall with the first wind), but soon (in the afterlife) there will be light again. And so man goes from innocence, through the darkness, to the glow of the afterlife.

I have tried, often in vain, to find solutions to the poetic elements.  Here are a few: the repetition of the letter V – faVOle / VEnto / nuoVo / VEnga, and of the letters S and F – scintillamemento and Foglie / soFFio; and the paronomasia – alto / ardere / altro.